Anthony J. Augustino, 72, of Morton Street died Friday in Baystate Medical Center. Anthony was a 1963 graduate of West Springfield High School. Anthony served as a rifleman with the 101st Airborne Infantry Regiment between 1966 and 1968 in the Vietnam War and received the National Defense Service Medal, Combat Infantryman’s Badge, Bronze Star Medal W/V Device, Vietnam Campaign Medal, Vietnam Service Medal, and Parachute Badge for his service in the Army. He was in the restaurant business with his brother Joseph Augustino and operated the Vineyard Restaurant in Westfield in the 1980’s. Later he worked in manufacturing as an accountant and controller and retired from Toner Plastics in East Longmeadow. He leaves his nephews, Daniel and Joseph Augustino; a niece Christina Mancini and sister-in-law Anna Augustino. He was predeceased by his brother Joseph Augustino. Anthony was dedicated to his family and friends and will be greatly missed by all those who knew him. The funeral will be held at the West Springfield Curran-Jones Funeral Home Wednesday at 1:00pm followed by burial in the Massachusetts Veteran’s Memorial Cemetery. Visiting hours will be held prior to the funeral service Wednesday from Noon – 1:00pm. For more details please visit curranjones.com. Memorial contributions may be made to Daniel Augustino, 66 Morton Street, West Springfield. 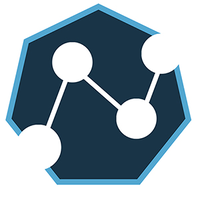