Made in America: How One Small Company, an Inventor, and Walmart Delivered 450,000 Units in Record Time

The Rubber Band Loom. A year ago few people had heard of it. Today there are more than a dozen different companies each selling their own version. Over 20,000 looms were sold per day in the month of October 2013 alone. The Rubber Band Loom actually started in 2005 as the Twitz Band Loom, invented and patented by Choon Ng, a Malaysian immigrant and former quality control engineer in the auto industry. Eight years later, in early summer of 2013, the product suddenly “took off” after YouTube videos went viral. Within two month the sales were growing at an amazing pace. Ng realized that he needed to act quickly because two things were going happen.  First, despite his patents, he knew many companies would copy his product without permission and become competitors. Second, he knew many of the competitor’s versions would be cheaper with reduced quality and design.

Choon decided his best strategy was to secure his position by quickly bringing his own re-designed product to market nationally. A redesign was necessary to ensure the most efficient production while maintaining his exceptionally high quality standards. Ng was also committed to “Made in America” production as a sign of his devotion to his adopted country and knew it would provide strategic just-in-time inventory necessary for a booming growth product.

In the meantime, MassMEP’s Peter Russo had read about Ng and his invention and contacted his client Steve Graham, owner of Toner Plastics / The Beadery in Agawam, MA, suggesting the potential opportunity of producing the Loom. Toner Plastics and The Beadery is a manufacturer of high quality products for the art, crafts, and toy industries and a long-term supplier to Walmart.  Russo reminded Graham of Walmart’s “Made in America” initiative, knowing that Ng was committed to producing his product here.

Having done his homework, Russo was able to help Graham with some key talking points in preparation for his call with Ng on August 15, 2013. During the call he proposed a partnership to manufacture the U.S. version of the Loom.

Graham cited Walmart’s “Made in America” initiative and explained his long-standing relationship with Walmart.  Ng agreed that if Steve could get an immediate appointment with Walmart he would be willing to go to speak with them about a U.S. made version of the Loom.

Walmart’s craft buyer agreed to meet within a week and at that meeting stated that if Toner Plastics/The Beadery and Ng could redesign a unique product with broad age appeal, create packaging attractive to both girls and boys, produce and ship an initial 50,000 units of the product by November 5th with additional shipments each week for a total of 450,000 units to arrive before December 1, 2013, THEN they could have the order. The buyer said that she needed an immediate answer due to the tight timing.  Graham knew this was close to two times faster than traditional development timing and asked the buyer for two days to plan and confirm his guarantee of delivery.

Graham called Russo and asked him to complete a spreadsheet outlining each step and estimate fastest timing from redesign through tooling, packaging, molding, assembly to shipment…and have it to him within a day. With this production plan mapped out, Graham contacted Ng to confirm his commitment and then the Walmart buyer to say that they could definitely deliver a new product from scratch to on shelf in 13 weeks. Thus the Wonder Loom was born! But, could this monumental project be accomplished in less than three months?

How did people, processes, suppliers, and a local manufacturing company come together to deliver 450,000 units to Walmart in record time?This amazing accomplishment was achieved through the coordination and cooperation of several companies, many of whom had never worked together before. Here’s how it all came together:

1. Walmart committed to an idea that needed to be turned into reality in record time or they would be too late to market. Their commitment showed support and belief in “Made in America” speed-to-market.

2. Choon Ng, the inventor, provided a clear vision for the desired product outcome and consumer needs.

3. Steve Graham, Toner Plastics, quickly assessed the opportunity and risks and committed his company to extreme financial and resource allocation to achieve specific goals and objectives.

4. Graham contracted MassMEP’s Peter Russo for assistance in clearly detailing the steps, resources, and timing necessary to achieve their goals and objectives. This allowed Graham’s internal resources to focus on current business and operational needs and assure this project was a focused incremental effort and not an uncontrollable distraction.

6. Participating suppliers were vetted for the typical quality and price requirements, as well as special qualities needed for this project, such as a sense of urgency, ability to problem solve, a commitment to speed-to-market, volume capabilities, and, above all else, the desire to succeed. Behind the scenes, Russo drew on his years of product and organizational development and practical experience to work with some of the suppliers as well as internal Toner team to help manage the ability for flexibility and ingenuity needed to keep things on schedule and on task regardless of obstacles. He recognizes the value of motivating people to want to become part of the solution and achieve goals by emphasizing teamwork to engage everyone in the success.

7. Since this project was also a large risk for Walmart, their buyer was very involved, offering input on everything from product design to packaging. She responded with the same sense of urgency as the production team and was available at night and on weekends to keep the project on schedule.

8. Toner / The Beadery’s internal team deserves the lion’s share of the credit for managing traditional peak season production on schedule simultaneously with this large incremental opportunity.

9. During the entire project, Toner / The Beadery enhanced their speed-to-market processes across the board which enabled them to bring new product to Walmart in just 13 weeks vs the usual approximately 30 weeks.

10. Finally, after all the product from the original 450,000 unit first order was shipped on time or ahead of schedule, actual consumer retail sales exceeded expectations and Walmart was thrilled to be able to order more product in December for direct shipment to stores meeting the last minute explosive Christmas demand.  If this product had been made in China it would have been impossible to fulfill demand.  Toner excelled in this last minute opportunity receiving an order, building product, and shipping direct within a couple of days.

11. Toner / The Beadery designed a next generation product to support the Wonder Loom in 2014. To assure that their amazing product hit could gain longer term company equity, Russo mentored the Toner team to create a brand position and plan for short and long term line management. This new plan was already put to use in a follow up meeting with Walmart in December 2014. This included new consumer trial products, development of several proprietary tools, and a new proposed format for value packs. Walmart is considering the addition of several new Wonder Loom products to join the original kit on shelves in 2014.

What began by identifying a potential opportunity for a client rapidly became a chance for a project manager to become a trusted advisor and member of a team of motivated and highly skilled individuals who came together to help Toner Plastics / The Beadery do the impossible. With the successful on-time delivery of the Wonder Loom to Walmart for their 2013 Holiday Season, that team once again began planning, researching, and developing the next generation of products to join Wonder Loom on the shelves in 2014.

Steve Graham may be uncertain what his next big hit product may be but does know, “We are ready to ‘Make it in America.”

See the original publication of this story on the Mass MEP website here.

Inventor Brings US Business into Loop with Wonder Loom 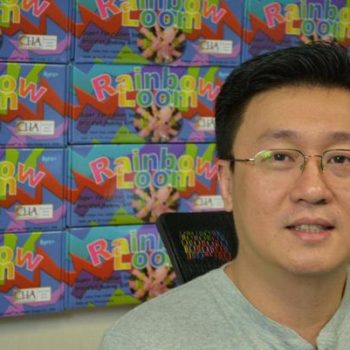 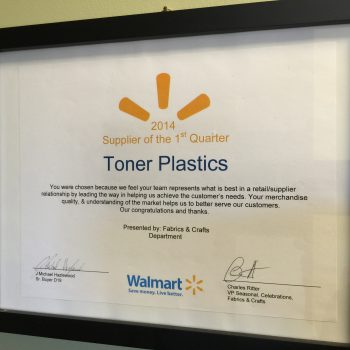