Who’s Behind the New Filament Suppliers?

At 3D Printshow in Pasadena in September, Fabbaloo interviewed Toner Plastics on the role the company plays in the 3D printing industry as a filament manufacturer. Here’s what they learned.

With the growth in desktop 3D printers, material suppliers have multiplied. But how do they acquire their plastic filament?

It’s a case of branding: many of the new filament shops, particularly the smaller ones, do not actually manufacture their filament themselves. Instead, they simply purchase large quantities at wholesale prices from a much smaller set of factories.

This process makes sense, as it is actually quite tricky to manufacture large volumes of very high-quality filament. While it’s certainly possible to make your own filament using any of several desktop-style filament extruders, the resulting filament is often no where near the quality and consistency required to use in high-performance desktop 3D printers.

You’ll need very carefully controlled environmentals, precision measurement devices to monitor filament diameter and shape, a large space to perform required water cooling of new hot extruded filament, methods of ensuring color consistency, a process for sealing fresh filament before it spoils due to humidity or other factors and more. And do that in high volumes.

It turns out there are far fewer manufacturers of filament than there are those who sell it. While a great deal of plastic filament comes from Asian plants, we encountered one company from Massachusetts that is one of the key suppliers to filament shops: Toner Plastics.

This twenty-five year old plastics manufacturing company is a wholesale producer of 3D printer filament; their customers are filament shops and 3D printer manufacturers who simply re-brand Toner’s products with their own logos and product names. Their manufacturing plant produces large volumes of high-quality generic 3d printer filament as monitored by their real-time laser scanning system. They’re able to provide extrusions in a wide variety of plastics, far beyond those typically used in desktop 3D printers.

Don’t believe us? According to Toner Plastics, they’re shipping over 50,000 spools of 3D printer filament per month – and you’ve probably never heard of them. That’s because you’re already using their products, just with another name, if you’re in North America. The company does have a few clients in Europe, however.

One role they often provide is as “backfill” for a manufacturer of a niche filament type. This way the niche manufacturer can offer a complete set of “common” filaments along with their specialty product.

The company can not only provide buyers with custom filament colors and amounts, but also can produce specialty plastic spools upon which the filament is wound.

Don’t be surprised about this; centralized manufacturing and re-branding has occurred for a very long time. It’s likely that most of your kitchen appliances were produced in this way. What really matters, though, is the quality and function of the end product in your hands.

General FabbKerry Stevenson, aka “General Fabb” has been writing Fabbaloo posts since he launched the venture in 2007, with an intention to promote and grow the incredible technology of 3D printing across the world. So far, it seems to be working! 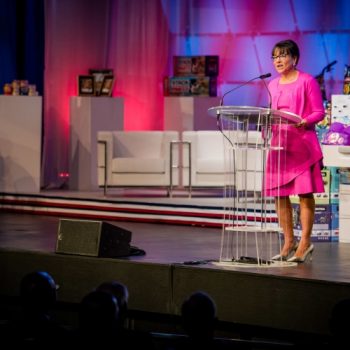